"Prompt service to Australia. Excellent service, goods were exactly as described, well packaged and received in Adelaide only a few days after ordering!"
R.B. from Australia 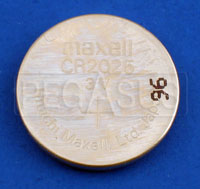 Where Can I Find a Replacement Battery for my Robic Timer?

Most Robic Timers use lithium batteries for long life. The US DOT considers these little batteries to be a hazardous material and has placed restrictions on how they may be shipped (including an extra compliance fee, which is higher than the price of the battery). Fortunately, these batteries are very common items that can be purchased locally at national chain stores such as Walgreen's, CVS, Wal-Mart, Target, and even most grocery stores. Some larger variety stores with watch departments may also have them for sale.

If you take the battery out of your timer, you will see the battery number stamped on it. You can use any brand of battery you like, as long as it has that same number on it. 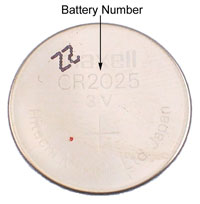 If your watch is not listed here, and if your battery is missing, you may be able to figure it out with a simple test.